Ritchie was born Richard Steven Valenzuela May 13, 1941 in Los Angeles to Steven and Concepion Valenzuela.

Ritchie developed his love for music at an early age and by the time he entered Pacoima Jr. High School at age 13, he was rarely without his guitar. At age 16, after playing music with his friends and singing for his younger siblings and neighborhood kids, Ritchie joined a band called The Silhouettes, that played local sock hops and parties. In the summer of 1958, Ritchie met music producer Bob Keane and recorded his first demo in Bob’s basement. At the onset of the success of the single, “Come On Let’s Go,” Ritchie took a break from his senior year of high school to travel around the country to play his music. His other major hits include “Donna” and “La Bamba.”

In early 1959, Ritchie, Buddy Holly, and the Big Bopper traveled the country on the Winter Dance Party tour. After a performance at the Surf Ballroom in Clear Lake, Iowa, the three decided to charter a small plane to the next performance, since the heater in the tour bus had broken down. All three perished in a plane crash shortly after takeoff on February 3, 1959 – The Day the Music Died.

Ritchie was the first Latino Rock Star and in addition to being a talented singer/musician, he was also a gifted song writer. Ritchie’s heartfelt lyrics, vocal exuberance, and the infectious beat of his music are all displayed in a diverse musical style that continues to touch generations of fans around the world all these years later. 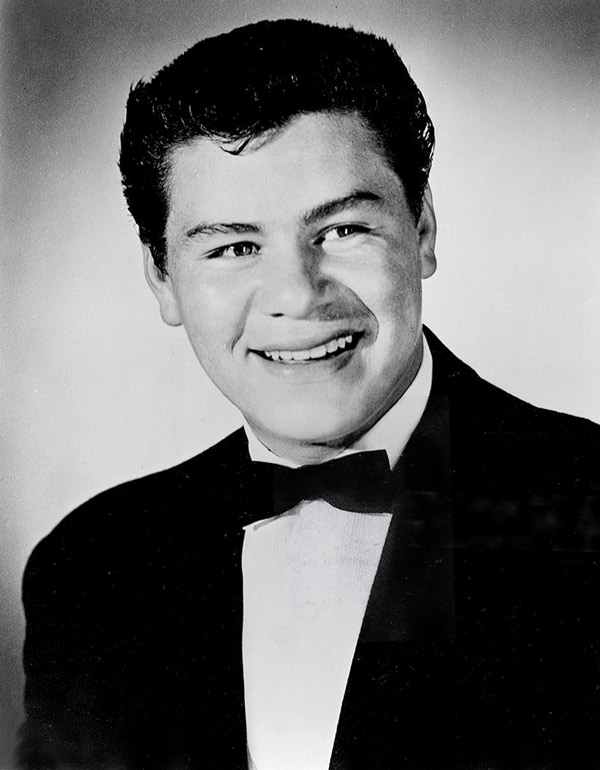 Bob
Back to Hi-Tone 5
Connie